I have completed my trek along the Natchez Trace Parkway, traveling from Natchez, Mississippi to Nashville, Tennessee. The Trace is full of interesting stops where drivers and bicyclists can turn in and see beautiful sights or learn a bit of history. I want to share my favorites with you.

MOUNT LOCUST
Mount Locust is the only remaining inn of approximately fifty that served travelers on the Old Trace. Mount Locust is at milepost 15.5 on the Trace or just a few minutes from the beginning of the parkway by car. The inn was a one day walk from Natchez in the Trace’s heyday. Thank goodness for automobiles!
The Park Ranger at Mount Locust is a descendant of the inn’s operators and was born in the house. 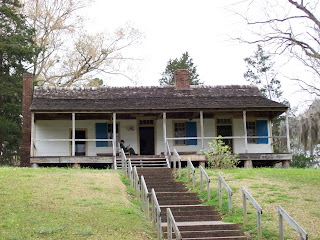 ROCKY SPRINGS
This was my first visit to a ghost town. Rocky Springs, a thriving community first settled in the 1790’s, grew to over 2500 people at its peak. The yellow fever epidemic, boll weevils, and the demise of the spring that gave the town its name caused the town to dwindle to nothing. Now all that remains is a church overlooking what was once a thriving town, but is now a walking trail. Two safes, minus their doors, stand among the trees. Everything else is gone. 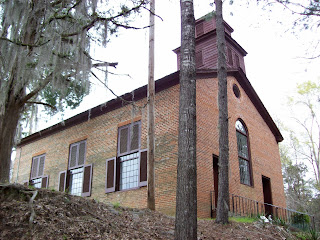 MERIWETHER LEWIS MEMORIAL
Meriwether Lewis, senior commander of the Lewis and Clark expedition, died on the Trace on the night of October 11, 1809. The circumstances surrounding his death are a real historical mystery. He either committed suicide or was murdered. I was told by one park ranger that his expedition journals, which Meriwether Lewis had in his possession, were never recovered.

This tragic event occurred at Grinder’s Stand, an inn where he stopped for the night as he traveled to Washington, D.C. A replica of Grinder’s Stand is at this stop along with a memorial and burial site of this great explorer. 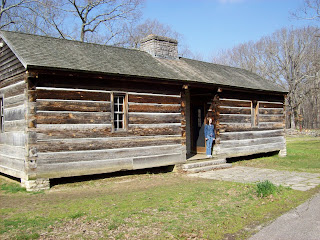 JACKSON FALLS
This beautiful waterfall named after Andrew Jackson is near the end of the Parkway. We hiked down the path 900 feet to see the falls. The water cascades down to a clear pool before disappearing around a bend. Then we had to hike the 900 feet back up to our car. Not so easy, but definitely worth the time and effort. 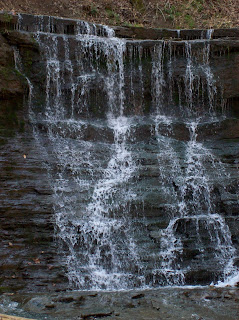 There are so many great sights along the Trace that I could fill several blogs with the information. But I will stop here and encourage you to see for yourself when you get the chance.
Posted by Rae Ann Parker at 7:16 AM

Thanks for sharing some of the fascinating history of the Trace and your beautiful pictures. Sounds like a great trip.

I have loved this description of your travel along the Trace, and even if it is vicariously (perhaps someday I will be so lucky as to follow the same path!), it is much appreciated by the wanderlust in my soul.
:)

Thanks for posting this. It sounds like a fascinating trip and a lovely experience. I hope I follow the Trail, too, one day.

Finally, finally, finally got the chance to inhale your story about the Natchez Trace. And, of course, I now want to take the trip myself. What a rich history, one you describe so well.

Rae,
I've driven the trace probably around 10 times during my life, and obviously I'm missing some good stuff. The biggest thing I remember from there was an Indian burial ground that was the size of a modern day super tanker. I bet they wore out several shovels on that one. 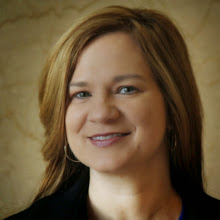